In loving memory of Patrick

I remember feeling incredibly calm during my first pregnancy.

We tried for about 18 months, so when we fell pregnant it was very welcome. I was 35, but it was beautiful, it was the perfect pregnancy. I was swimming in the sea and taking calm birthing classes. I was very trusting.

I went into labour on a Sunday night, 10 days past my due date in February 2011.

They were going to induce me the next day. I laboured for about 15 hours on and off and was calling the hospital. They said to stay home. At 5.30am the next day, I said to my other half Michael I didn’t want to be stuck in morning traffic, so we went in.

When we got there the midwife was being passive aggressive as they’d told me not to come in. She got the doppler, was moving it back and forward, but couldn’t find a heartbeat.

But I remained calm.

In my head, there was not going to be a problem. Michael was pacing back and forth, though.

Another midwife was called in, then a doctor, and then I was told it might have been a faulty doppler.

Normally we could hear the heartbeat really clearly, and we’d even given the baby the nickname “Beaty”.

I eventually exclaimed, “can everyone stop and tell me what’s going on?”

That’s when the doctor responded with, “I’m so sorry there is no heartbeat.”

The shock surged through my body as I tried to process the news.

An ultrasound confirmed my baby had died, and I was encouraged to give birth naturally.

I said there was no way, but the doctor said I could do it. I requested an epidural, had a bit of sleep, and in that time, my sister, mum and dad and Michael’s family were called.

By 5.30pm it was time to push. Normally I don’t think I would have had anyone in the room, but I needed my mum and sister. Mum had one leg, my sister the other as Michael was just broken. I delivered a perfect little baby boy, Patrick.”

The umbilical cord was wrapped tightly around Patrick, and an autopsy was inconclusive.

I think you’re so trusting of your body then this happens.

After Patrick’s stillbirth, Michael went straight back to work while I faced a day-to-day battle.

The grief was all-consuming. Some days I’d feel ok, and then it would hit me again like a tonne of bricks. I felt like I was living my life with a big heavy, grey scratchy blanket over my head. I could see, but things were dark. I was too exhausted to push it off. That lasted a couple of years.

Michael and I struggled to fall pregnant again and suffered a miscarriage in mid-2011. Finally, we had a daughter Millie in July 2012, followed by twin girls, Lotte and Bella, in September 2014.

Having three girls was hard, too, I don’t think many understood. Everyone just assumes you’ve got your babies now like they were meant to replace Patrick.

I now realise happiness and sadness can sit side by side.

A few years ago, I trained to become a parent support group facilitator.

My heart needed to help people. I knew it from the moment I held my son for the first time. I feel as though being part of Red Nose and Sands was all meant to be, to honour Patrick and help families like mine. It’s something I feel honoured to be able to do.

But I do miss my innocence. I am passionate about ending the stigma around stillbirth and my daughters helped celebrate Patrick each year by throwing frangipanis out to sea and making a birthday cake.

I see the support that Red Nose offers families as incredibly important and unique.

Donating to Red Nose Day really makes a difference in so many people’s lives. The trauma and grief thousands of people experience annually are not to be underestimated. Red Nose support is so needed in our community. 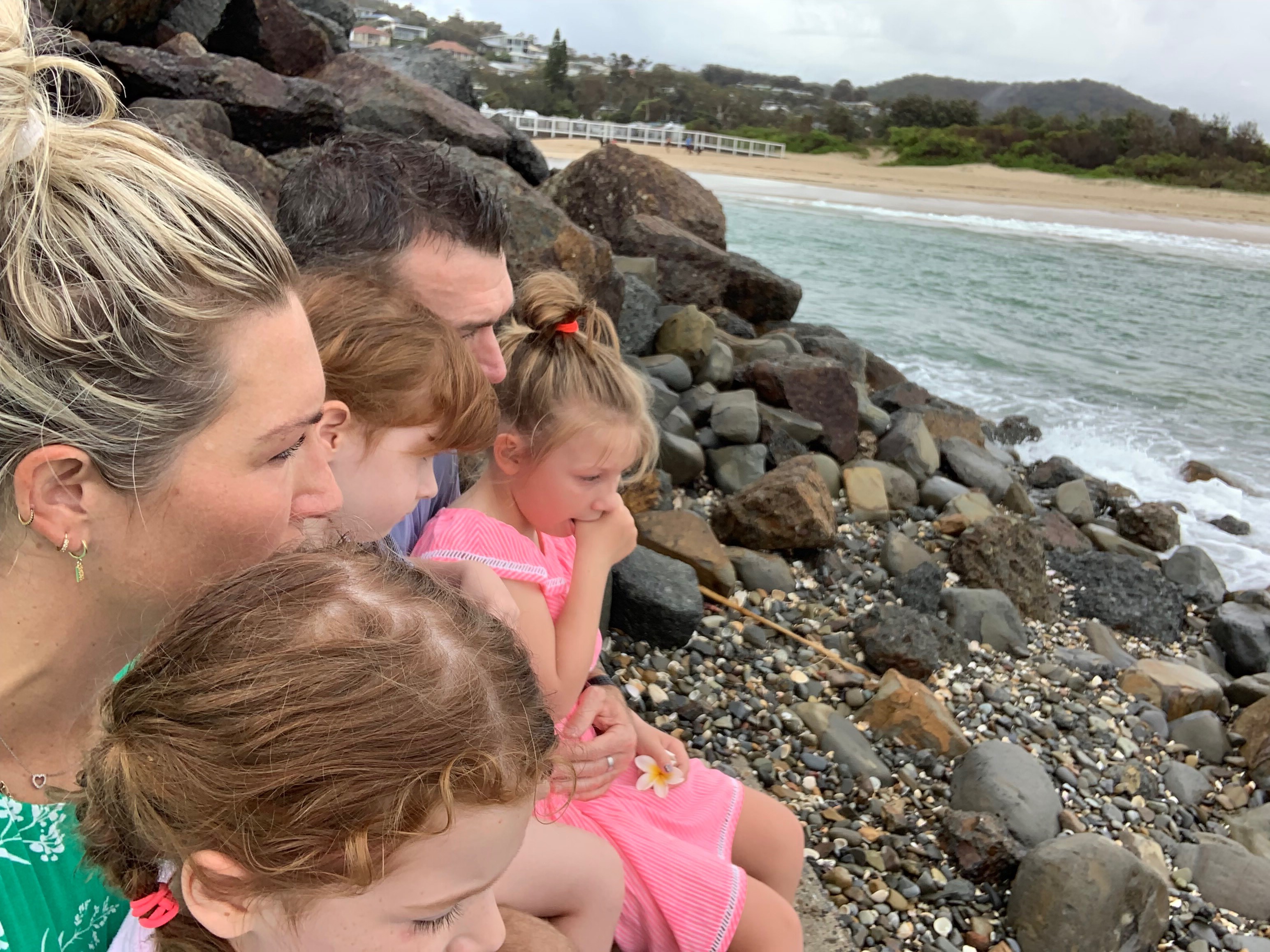