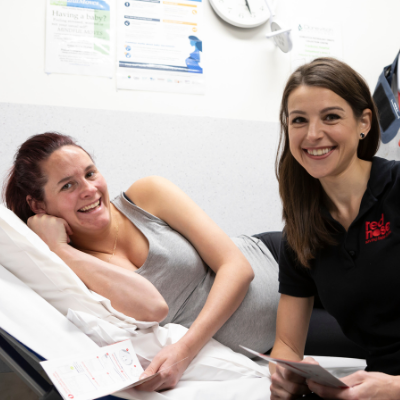 As a midwife, Jane has lived the highest of highs bringing beautiful new babies into the world, and lowest of lows -- holding the loss of a little life in her hands.

With six babies being stillborn in Australia every day, it’s a national tragedy that is having a devastating impact on so many Australian families.

Jane has had to deliver too many stillborn babies and she says each baby weighs heavily on her heart.

Here she shares her story.

You go into midwifery not really thinking about the babies who won’t make it home. It’s a side of the job that’s not spoken about.

My first time attending a stillborn was as a junior midwife.

The baby had already passed away and the couple were coming in for the delivery, knowing their baby was going to be stillborn.

The mood in the room was very heavy and quiet. We kept the environment as we normally would – dim lights and a warm temperature, but there was minimal talking.

I remember just trying to hold the space for the woman, but at the same time I could feel it physically weighing very heavy on my heart.

Delivering a full term stillborn baby is very challenging for both the mother and the midwife.

A baby that’s alive helps itself to be born, but a baby that has died can’t do that.

When you are delivering a stillborn baby, you can feel the weight behind it, it’s heavy and unmoving. It’s hard to explain, but it just doesn’t feel right – and that’s because it isn’t.

After birth, when you bathe this precious baby with their parents and weigh them and measure them, you just feel so powerless, because this baby is so still.

And in that moment you can’t make anyone feel better, because nothing is going to fix it.

In midwifery, I’ve always felt that my role is to listen to the parents, hear what they are saying and asking for, and then do everything in my power to deliver on their wishes as best as I can.

But it’s very hard to be in that room, to hear the mother wailing and to see the heartbroken father, sobbing in the corner.

Nobody deserves this to happen to them.

As midwives, we have the power to give the family a gift by the way we treat them, and the way we honour the parents and their baby.

If you know in your heart that you have done everything you possibly can to make that situation as beautiful as you could, then you can go home and feel like you have done a good thing, even though the outcome for the family isn’t good.

There is very little support for health care professionals in this situation (something Red Nose is actively working to change).

Most of the time, you go to the tea room with another midwife to cry, hug and talk about what has happened.

We rely on each other, because death is just considered part of the job – you’re just expected to get on with it.

I have had cases where I have really, really struggled.

Once, I was given a plant by a family to remember their baby by, and it was beautiful, but every time I saw it I felt sick and so sad for this family and baby girl.

So I took it to my local children’s park and I planted her, and then I felt better and I could let it go, and be at peace with it. It was the only way that I could move on.

Often you don’t think about this from the perspective of the health professionals or the first responders – and of course, our focus should be on the families who have lost everything.

But for young midwives and other health professionals, stillbirth is really confronting and we really need to train them better.

You have a case where it’s going to be a bad outcome, and the student midwives and doctors aren’t allowed in the room – because the seniors think it’s too confronting for them.

But I have always argued that they should be a part of it, so they learn the dialogue from the beginning, and they learn how to interact with different families.

There is no room to learn by making mistakes in these situations. You don’t want to make mistakes when it comes to a family’s care.

These births always stay with you. You never forget them.

Stillbirth is such a tragedy and families are robbed.

But if we can give something back to the mothers and fathers, it’s the reminder that they held their baby for months while pregnant, and they continue to hold their babies now in their hearts, even if they are physically gone.

And that’s why I think Red Nose Day is so important – and why everyone should do their bit help support parents who are living through the nightmare of losing a baby or child, but also to donate to fund more research so we can find out why stillbirth happens and then work together to stop it once and for all.