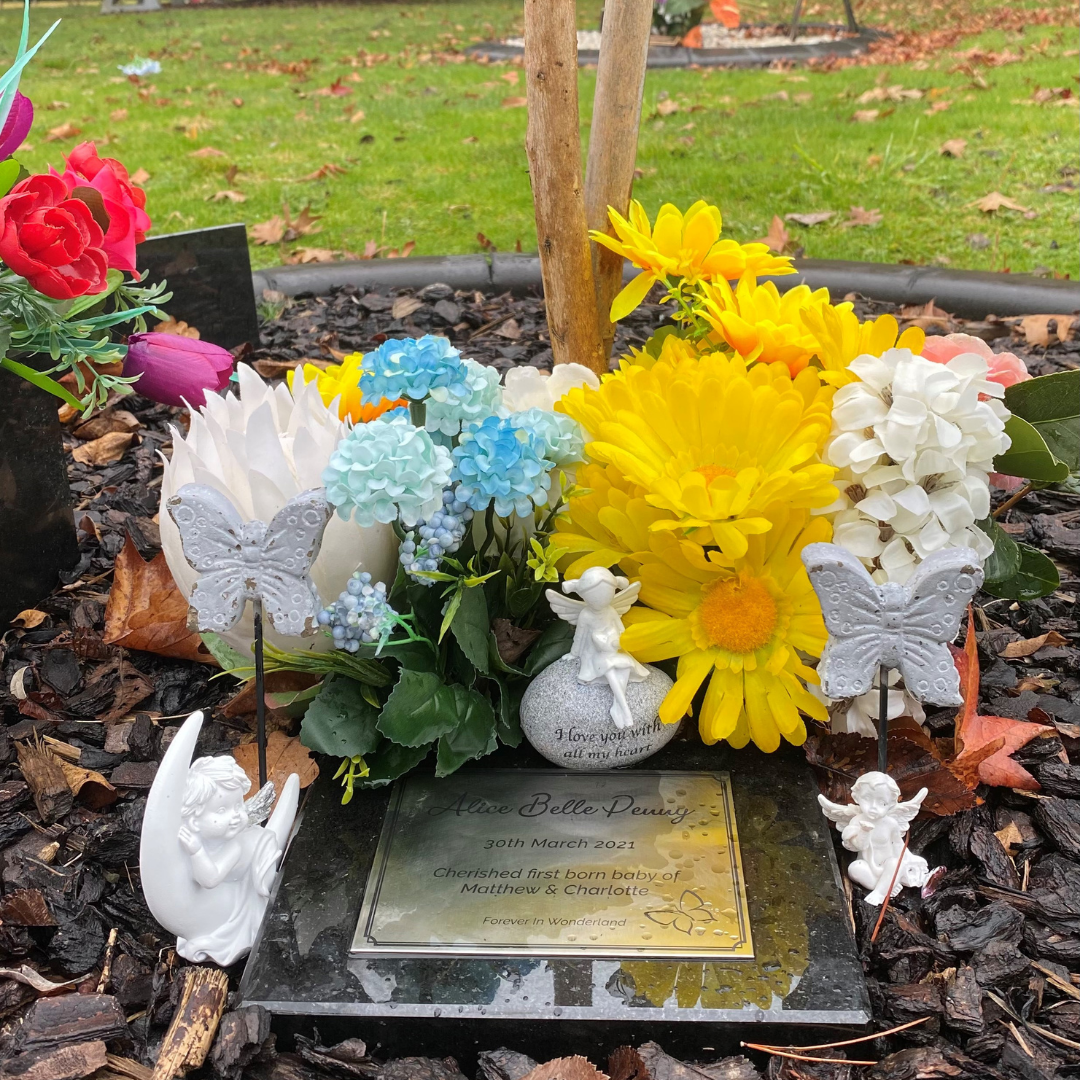 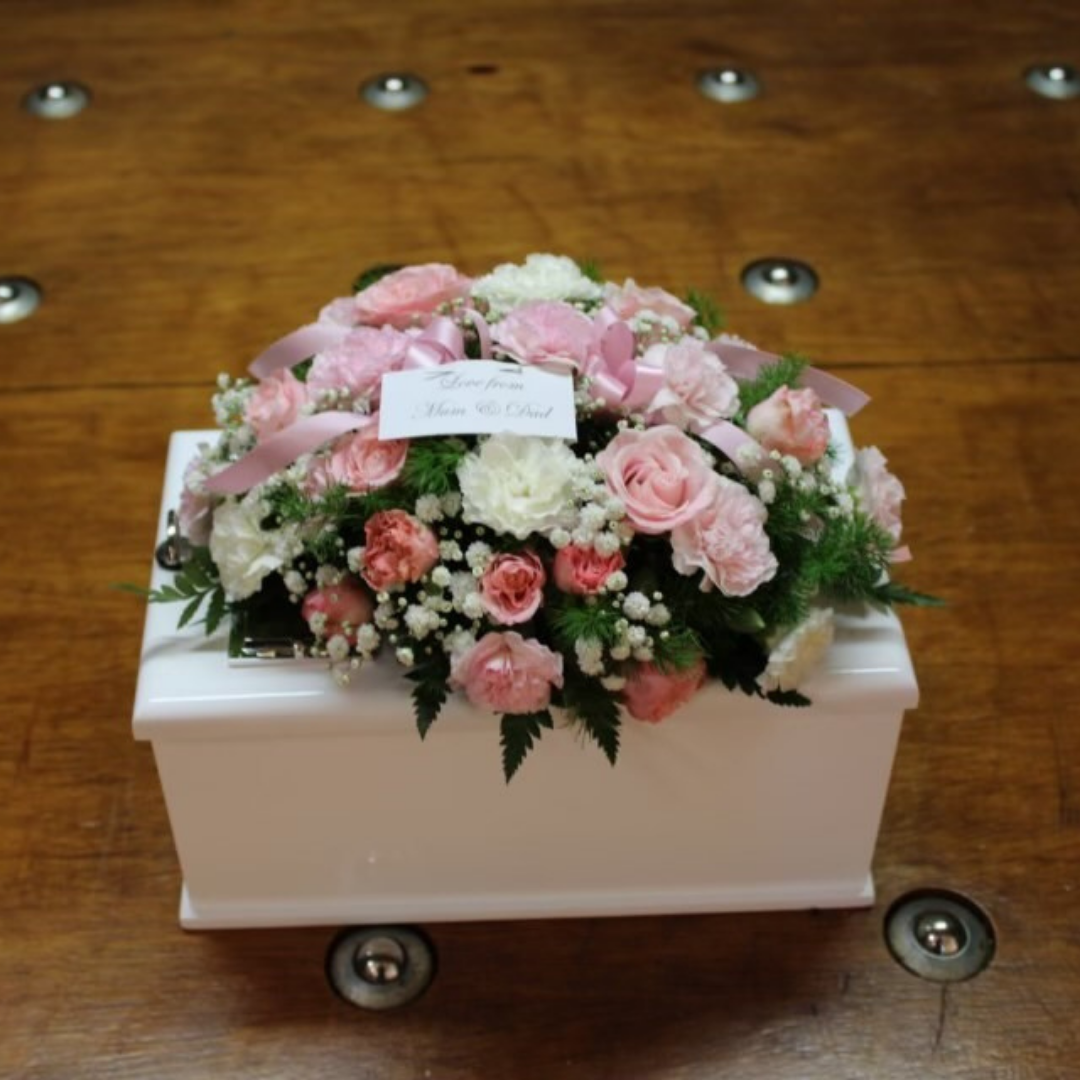 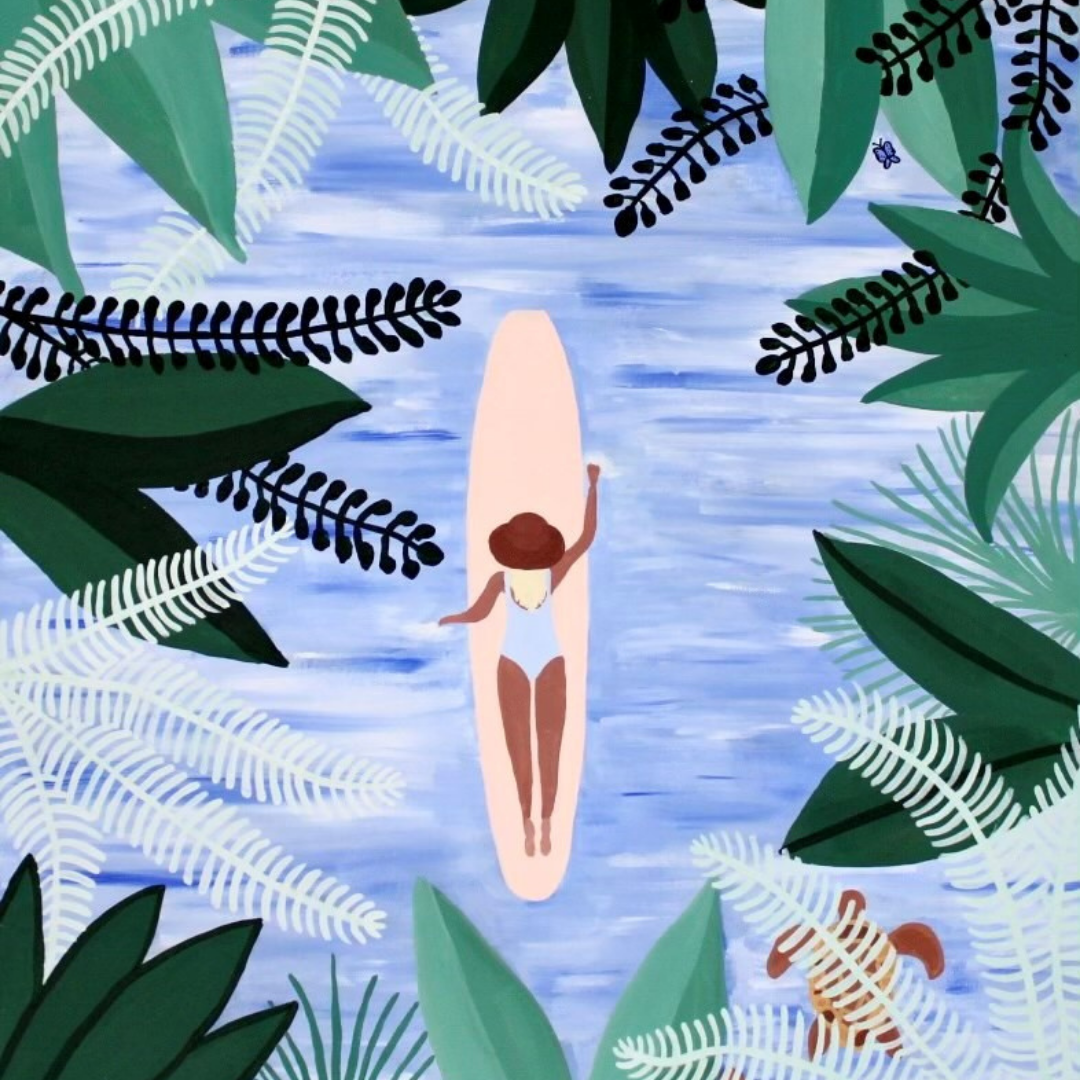 Alice was my first grandchild. She was beautiful, just perfect. She was just like a tiny little bird that had just left the nest too early. Alice’s death is the most devastating thing that has ever happened to our family, but Red Nose helped us find a way through when we thought we couldn’t go on.

We’re a very close family, so when my daughter Charlotte and her husband Matt fell pregnant for the first time everyone was so excited. On the day of their 20-week ultrasound, our family and Matt’s parents were meeting Charlotte and Matt for dinner. They were excited to share with us whether they were having a boy or a girl! But at the ultrasound, they found out the baby had died. It was a total and absolute shock. There was no warning. There was no bleeding or cramping. There was no reason to think that anything was out of the ordinary in Charlotte’s healthy pregnancy.

When Matt called me I was in total denial. I thought ‘no, this can’t be right. They’re young, they’re fit, they’re healthy. There must be a mistake’. But when I got to their place and saw their faces, I knew that this was for real, and it hit me like a tonne of bricks.

After they went to the hospital, Charlotte was booked in for the induction 5 days later. I couldn’t understand the delay and I didn’t know how we were going to get through that time. With no support from the hospital – no midwife, doctor, or bereavement officer – we all just sat and cried and didn’t know where to turn. We were all totally shattered and lost.

Baby Alice – Charlotte and Matt’s little girl – was born on 30 March 2021. We got to meet her, but we didn’t hold her. I probably could have asked to have a little nurse, but it didn’t seem like the right thing to ask and she looked so fragile. The midwife took Alice to do her hand and footprints and then returned her wrapped her in a bunny rug both sets of grandparents had brought, in a little box and later to a cuddle cot for the night.

The next day, coming home, none of knew what would happen next. Back when I had kids, you were given a card with dates the midwives would come and visit you. Charlotte needed to be cared for like any other mum who had given birth too. I thought Charlotte might have been given a pack of information directing us to support lines or something, but there was none of that. They were totally grief stricken- Charlotte was inconsolable. Matt was numb. They were just holding each other on the lounge totally heartbroken and missing their little baby Alice. .

I just thought there had to be something out there that could help us, so I googled ‘what to do when you’ve had a stillbirth’ and Red Nose and Sands came up. I’ve never been one to get external help, but I rang the helpline. I couldn’t string a sentence together between sobs, but they were so patient. I told them I didn’t know how to help Charlotte and Matt get through this. They listened, wanted to know about Alice, which was just beautiful.  I felt some comfort in the fact that they had been through what we were going through and survived it. So maybe we could too.

Once we had made contact with Sands, Charlotte and Matt called often as well as they were so broken and raw with grief. Charlotte blamed herself in the beginning and it was so hard to see her agonise like that. We now know this is common with mums that have lost their babes. We all just kept telling her she hadn’t done anything. She’d been so careful. We later found out that it was a stricture in the umbilical cord and the placenta was smaller – there was nothing that could have or would have changed what happened. It was just so sad that it was terribly bad luck for little Alice.

The helpline told us about the Hospital to Home program, which just changed everything. Charlotte and Matt were connected to a bereavement outreach worker Sharon, who helped them so much.  We also accessed her as well. She taught us about the emotional and physical aspects of grief. She helped us process what had happened and feel like we weren’t going mad. She helped us with paperwork. She was with us when we’d be angry, irritable or teary. I’m so grateful she was there to help Charlotte and Matt with the funeral arrangements and to help them learn how to parent Alice, even though she was gone. She also helped Charlotte prepare herself for returning to work so it wouldn’t be so bumpy when it happened. She was simply an amazing person and will be forever grateful for her guidance and help.

Many  times, I’ve  sobbed, cried, screamed, felt angry, thinking it’s just not fair, and why did this happen to my girl and her husband? And the emotions just keeps coming in waves. But I know this is part of grief.

I have felt absolutely useless. I like doing things and trying to fix things and I couldn’t fix this. I didn’t know what to do with that feeling. It was torture. All I could do was change the sheets, make the meals, and do the groceries. I had to accept that I needed to let Charlotte and Matt go through this deep sorrow, grief, and anguish.

I’ve learned a lot about grief along this journey. I wish I hadn’t, but it’s taught me that we need to get as much support and awareness about stillbirth and baby loss. The fact is, that babies sometimes die totally unexpected and we need to support these bereaved parents as best as we can. I want to talk about it because it’s such a difficult subject. It’s scary and taboo. Some people tackle it head on, but some just don’t want to talk about it- and that silence just makes the isolation for these parents even worse. I never imagined something like this could happen to our family- but it did. So people need to be aware that it can affect anyone, anytime- it doesn’t discriminate.  So let’s get the conversation out there.

Charlotte and Matthew are still very heartbroken and comfort each other in finding ways to help process their grief and with Alice’s due date coming up on the 17th August, it will be another tough wave for them. She’s finding solace in the mindfulness of painting – imagining where all these beautiful little people are. She’s created an Instagram page for her work here.

This Red Nose Day I want to make sure every parent, grandparent or family member who goes through what we’re going through has access to as much support as possible. I want people to know that there are wonderful people there who will help keep you afloat. They’ll help the parents get through it, and then they’ll help the extended family, giving them the knowledge and skills to help the parents. We need to have these conversations.

In Honour of Alice Belle Penny